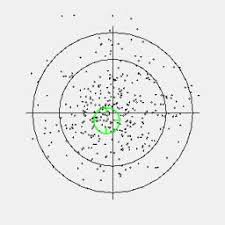 These words stumble out slowly, like 2 am bar patrons, steeped in a forgetfulness wrought by intentional neglect. Productivity is always the fruit of a well cultivated garden, and this one has gone unweeded and unkempt for weeks.

Watched a movie the other day (which is the lazy man’s reading). Protagonist was a 30-year old stoner who still lived with his mother. Believe it or not, this actually appeals to me: there is a certain muck of the effortless life that one can rest in, and though it is sad and empty it is also safe and unburdensome. On some level, it’s not as bad as it seems. After all, the struggle to find meaning perpetuates, whether one is by worldly standards a success or a failure. If you don’t believe me, read Ecclesiastes.

Rambling, i know. i’ll get to it soon. This is what happens when you don’t write for a while: your efforts become unfocused, undisciplined, scattery blasts hoping that what they lack in precision they make up for in force, unaware that in many cases, precision is force.

There’s some saying about idleness. Devil’s workshop or somesuch. Chicken or egg situation here, as i see it. Not sure whether idleness gives room for the devil to work, or whether he uses anxiety and uncertainty to produce idleness. “Produce idleness” is a stupid phrase, oxymoronic and imprecise. A month ago i would have cared about that.

The question, i guess, is whether idleness is the root or the fruit. This is always the question, with any behavior. My guess is fruit, since it corresponds to the assertion that productivity is also the fruit, although one could argue that they are somewhere in the middle. Branches or vines that carry (or, more often, don’t) fruit, dependent on nourishment themselves but not ends, not terminal. It makes little sense to think of productivity as a fruit, since by its very definition it must produce in order to be itself. But just as it is not terminal, it is not original either. i know this because my own has been deeply pruned lately.

Lots of things i could blame. Sleep. Work. Nice weather. Video games. It has been mostly a question of energy. I have put more into work lately, and God has seen fit for a time to bless this work with success, and my store of energy is not infinite. Not really sure how people manage to have hobbies, jobs, and children all at once. Seems to me that even trying to juggle two of the three is a mere impossibility, and for many of us even one demands more of our energy than we have. Nice weather prompted me to spend more time outside recently. Can’t argue that this is a bad thing, really. I’m pretty pasty if i don’t, and it has been my only relief from idleness.

Video games. Wish i knew what it was about these that appealed to me so strongly. i suspect it is the element of the vicarious. Somehow by being even more idle, even more unproductive, i can still experience the thrill of being a hero, eat from the gift-basket of dedication, all without ever putting on pants. In the last few weeks i have made 20 million dollars, won both the World Series and the PGA Championship, and slain at least half a dozen dragons. What have you done?

Company coming tonight, which meant last night was cleaning night. Somehow the cleaning itself is not only not miserable, but almost enjoyable. The hardest part is getting up off of the sofa and getting started. Once that mountain is climbed, the actual activity is mostly descent, a slow stroll down into a lush meadow.

We’ve given it the innocent, innocuous name sleep. i guess this is because rheum is too abrasive a term. My eyes have been full of it lately, and it takes an hour or two before i can get them clear. Calling it sleep distracts us from the fact that it is actually mucus, and an overflow of this into our eyes usually indicates that we are congested, even infected. No wonder we changed its name.

Waking happens in an instant, and yet not. I am awake now, and shaking the congestion. It will be sometime, though, before i can see clearly again.