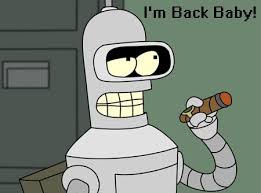 Very nearly, I sunk. I went so far as to even write a send-off post. Some nonsense poem about plunging over waterfalls. Inspiration has been at a minimum lately, and writing has felt like a chore rather than a joy. It seemed like the only thing I could write about was how I couldn’t write about anything.

Perhaps it was a prayer I prayed a few days back, or the encouragement of my wife and siblings, or the chapter in Keller I read about the idol of success. Most likely it was some convergence of the three, some joint and collective energy that was strong enough to peel the scales from my eyes. God used these these things to show me that I had fallen prey to the allure of success. I awoke, as if from an unsettling dream, to the realization that my sole focus lately, the only factor driving me, has been my goals of publication, monetization, acclaim.

When I first started this, my stated purpose was to use my writing as a way to tell my story (and the occasional other story) in a way that was a blessing to other people. Somewhere along the way I started to believe something different. It started innocently enough: I had an idea for what I thought would be a killer novel. So I began investing resources in this project. I bought and read books on characterization, subscribed to newsletters about the craft and daily prompts to catalyze my efforts, mapped out the book in entirety, researched its themes extensively, and began writing and re-writing drafts of the manuscript. Before I knew it I had spent nearly a month doing this, and had paid almost no attention to my blog. Now of course, if my main goal is publication, then this makes sense. But where along the way did this, rather than impacting those around me for the Lord, become my primary goal? When had it become about my glory, and not His?

As any tree, when my root structure failed so did the flourishing fruit. The writing dried up, fell flat, stagnated. For months I was getting up at 5 or 5:30 in the morning, reserving that time for the discipline of writing. For the last two weeks I haven’t gotten up at all.

Sin comes by degrees. Rarely do we falter by making complete 180s in our course. Most often it sneaks in by minute adjustments in our course. It is only when the net result of this slow turn is calculated, much later, that we realize we are drastically lost. It wouldn’t be so appealing, after all, if it was presented to us like a complete reversal of everything we value. But if, slowly and amblingly, we are turned ever so slightly each day by small fractions, by miniscule percentages of difference, then it can arise in us very easily, because it looks so deceptively like the thing from which we are turning.

I thank God for my wife, for my community, and for Tim Keller for helping me to see this in myself.

I may still write a novel someday, I don’t know. But it is crucial that whether I do or not, whether I am published in the New Yorker or only ever on my own blog, these things are not only out of my control but also irrelevant. I have not been called to a new career. I have been called to something more: to be a new man. And this requires my full attention. I haven’t time to dabble with such mud-pies-in-the-slums as fame or awards or publication. Christ is famous enough for both of us.

We must pay the most careful attention, therefore, to what we have heard, so that we do not drift away.  – Hebrews 2 : 1

Therefore, if anyone is in Christ, he is a new creation. The old has passed away; behold, the new has come.  – 2 Corinthians 5 : 17

5 thoughts on “Check yourself (you know the rest)”